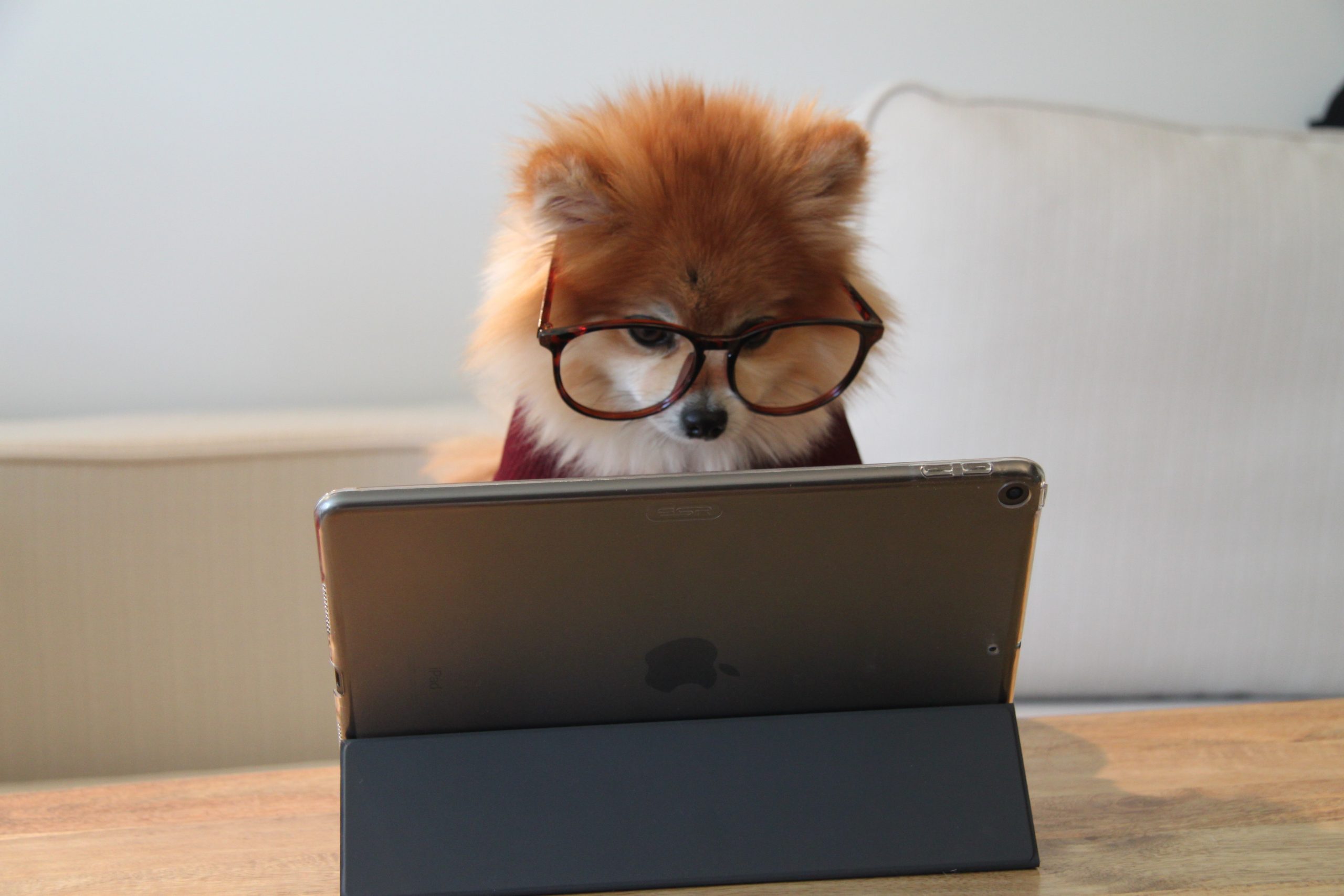 I am one of the least techie people that I know.  At least I was, until I went back to school for my Master’s in Public Health. Mine was a combined remote/in person Executive master’s program, where I had live, interactive, online courses for 6 hours per week (first on Adobe Connect, then Zoom-before Zoom became a household word), plus 3 days in the classroom every other month in Ann Arbor, MI.   While I had some anxiety about how well I would do in a formal educational setting after all these years, I completely failed to adequately appreciate the challenge that my technical limitations would present.  Conquering the technology was more difficult than the course material.

While the focus of this blog is on harnessing, mastering, and employing technology, I must digress momentarily to observe that my return to the University of Michigan, decades after my original stint as an undergraduate there, was a bit surreal. As we ambled across central campus, with our requisite puffy coats and backpacks, I identified with my fellow students. Yes, I am one of them again, I thought. On further reflection, however, I realized that if they noticed me at all, they would assume that I was one of the instructors headed to lecture or lab, or just a random older person walking around. I wasn’t 18 anymore. Ah well. I consoled myself with the thought that at least I possessed more discretionary funds than I had in college to spend on swag at the M-Den. Go Blue!

It didn’t take me long to acknowledge that the daily job duties of a practicing physical entailed little use of a computer for the majority of my career, other than occasional literature searches. Even then, I typically just called the hospital librarian, and the results of my inquiry appeared in my e-mail.  E-mail I could do.  Along with the rest of the era, I became more self-sufficient with the advent of Google. Use of an electronic prescribing app, first on my PDA, then on my smart phone, conjured pharmaceutical information with the tap of my fingertips. There were even apps with algorithms for managing abnormal pap smears, and for evaluating contraceptive options in patients with underlying medical conditions.  I thought I was so swift.  Yet, proficiency with these simple applications in no way prepared me for the tech challenges of school.

The semester had barely started before I needed to download files with data sets. They vanished into the abyss of my computer’s hard drive. I spent endless time looking for them. Finally found them. Labelled them. Then, several days later, I was unable to recall the document names. Spent more time searching. Found the files (or downloaded them again). Did my homework using the data files. Tried to submit said homework. My all-in-one printer/scanner decided it knew better than I did how the pages should be oriented.  I fed them into the machine correctly, and they uploaded upside down and sideways. Calculations done in pencil were too faint to read.  Copy work over in pen. Consulted Google and “my computer guy.” Learned scanning function wasn’t editable.  Solved problem by buying new printer/scanner. Good thing I had a job while going to school.  Good thing a career as an OBGYN trained me to get by with little sleep. Very good thing my husband can cook. And clean. And shop.

In contrast to the majority of my classmates, who were better versed in computer tools (and did I mention younger) than me, the course which had the most immediate and profound effect on my life was the one which taught me how to use Excel. Who knew that it could allow you to do so many things?!  It adds, it subtracts, it puts lists into alphabetical order, creates graphs, and calculates amortization rates. I’m amazed that I survived this long without it.  Nonetheless, the learning curve was steep-we moved so many columns of numbers around one day in Forecasting that I got a splitting headache and had to leave class. My dear A2  friends bought me a mouse and pad for my laptop. That was a game changer. I am also eternally grateful to all of my compassionate and patient cohorts and instructors. I think they would agree that I rightfully earned the designation of most technologically improved. I can finally think, with confidence, that if I can’t get something to work in the computer, maybe it is actually a glitch in the system, rather than in me.

Given the above, it should come as no surprise that I was dreading my Health IT course. I didn’t even know what IT stood for (Information Technology, in the unlikely event that you don’t know, either). After all, the conversion from paper charts to Epic, my office and hospital’s electronic medical record (EMR) system, nearly did me in. Smart sets, order entry, the Dragon dictation program that turned my notes into word salad-all stole energy and time away from my chief priority-patient care. The consensus is that EMRs do not improve the quality of care, but they do decrease the time spent with patients, and increase the time physicians spend documenting the care.  According to a 2017 study in the Annals of Family Medicine, doctors spend over 50% of an 11.4 hour workday on EMR tasks, rather than direct patient care. This contributes to physician burn out, and is a factor in early retirement.

EMRs do confer a number of benefits. They eliminate the frustration, time, and potential misinterpretation involved in trying to decipher the notorious handwritten scrawl of doctors and other healthcare providers. Within a given healthcare system, EMRs allow readily accessible medical record review among the various members of the patient’s healthcare team, past, present, and future.  They make it possible to integrate coding and billing software into the patient record, and to harvest population level data.  Electronic prescribing can reduce medication errors, both by making the script more legible, and by providing standardized selections in the drug doses menu.  Although not yet widely implemented, it is possible to incorporate platforms that link factors in a person’s history which may adversely affect their health to social services organizations that offer assistance with some of those problems. For example, if there are data fields which allow documentation of homelessness or drug addiction, with a few clicks, the provider can generate a referral to an outside agency devoted to helping people with those critical needs. In its nascency is the potential to identify and catalog genetic predictions of cancer risk or responsiveness to various medications and therapies. This information can be used to “personalize medicine,” reducing or eliminating the time, effort and cost of fruitless treatment. Wouldn’t it be fabulous to know that the first anti-depressant therapy or blood pressure pill that the doctor prescribes for you is very likely to be successful, or that your cancer will respond to this, but not that?

Despite these advantages, there is at least one glaring way in which the US healthcare delivery system has failed to capitalize on the power and benefit of the EMR, to the detriment of anyone who is a patient in this country. This is the lack of interoperability of EMRs across healthcare systems and providers. My city has 3 dominant hospital-based organizations. However, only 2 have the same proprietary brand of EMR software, and even then, the ability to “see” from one system into another is cumbersome and limited. Incomplete or non-existent electronic communication of medical information can have deleterious consequences. There is often duplication of effort, causing the patient to have the same test twice, particularly if the patient is unaware or forgot where, when, or if a specific test was done.  Sometimes, patients even forget surgery that was performed.  I can eliminate appendicitis from the differential diagnosis of right lower quadrant pain if the patient remembers to tell me, or knows that their appendix was removed at the time of their gallbladder surgery.  If they don’t tell me, and I can’t see it in the record, because the surgery was performed at another facility, then I don’t know about it.  There may be missing information that could have prevented a drug allergy, a complication, a death. Requesting records from another institution is time consuming and can delay or prevent appropriate care.

It doesn’t have to be this way. The VA has a nationwide EMR and patient information is available within the VA system, regardless of where the veteran receives their healthcare services. If Jim usually goes to the Durham, NC VA, but develops chest pain while running a marathon in St. Petersburg, FL, he can go to the Bay Pines VA and all of his medical and surgical history, medications and allergies, along with notes on his previous visits will be visible to the ER providers, and the consulting cardiologist. His episode of care will be well-informed and seamless, and immediately accessible to his doctor back home for follow up. Contrast that situation with Jane, who lives in Chicago and usually goes to Northwestern for her medical care. She crashes into a tree flying downhill on the slopes in Salt Lake City and arrives unconscious at Intermountain Health, via ambulance, without family members present. She is unable to provide a history and the evaluating team has no idea if she has diabetes or is allergic to penicillin. Her care, and the odds of a desirable outcome, are compromised. In the richest country, with the greatest healthcare resources in the world. Because we don’t have medical records systems that can talk to one another.      This is fixable. Patients could maintain a dedicated flash drive which is updated with every health-related encounter.  However, this is impractical for many reasons.  The flash drives are small. They can get lost, stolen, forgotten, dropped, flushed, run over, thrown away, or corrupted.  It is impossible to know in advance if you are going to have a heart attack, stroke, appendicitis, a motor vehicle accident, or other medical emergency, so that you can be sure to take your flash drive with you. Adults, let alone children, cannot be expected to have their flash drives with them at all times. Alternatively, and preferably, the government could either mandate health IT interoperability, which would require all of the EMR suppliers to modify their software so that it is able to communicate with all of the other platforms, OR there could be one system which is utilized by all healthcare providers and organizations. Our current free market, decentralized healthcare delivery system favors corporate profit over care. It doesn’t have to be this way. Let’s make the pain of IT worthwhile and adopt a nationally connected health IT system. Our well-being depends on it.