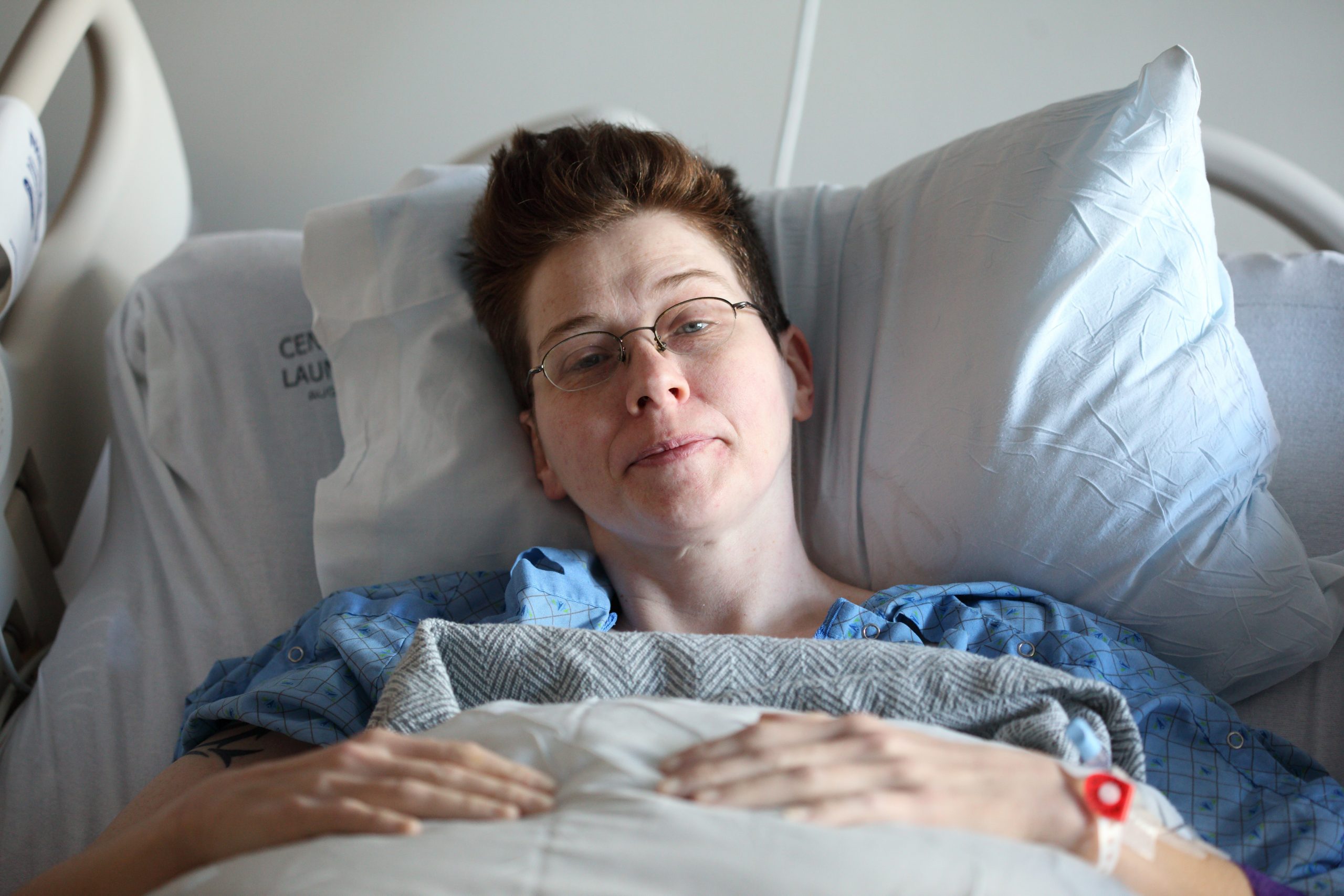 First of all, let me say that I am incredibly grateful to be alive and neurologically intact (or at least as “normal” as I was preceding the event.) It is amazing, and perhaps unsurprising, how surviving a catastrophic medical calamity reminds you that life can change radically in an instant.  Of course, that has always been true, we just don’t necessarily keep it front of brain.  Experiencing a major illness that required utilization of a considerable amount of medical services also reinforced my conviction that the US must join the rest of the developed world in adopting a policy of universal healthcare coverage for its residents. Everyone, regardless of their economic or social circumstance, should be entitled to receive preventive, routine, problem-oriented, and lifesaving care. In addition, this care should be provided without having to forfeit valuable time and incur the frustration of obtaining pre-authorizations/pre-approvals/pre-certifications; without arguing over whether or not necessary care, tests, or medications will be covered; and without suffering the anxiety of possible financial hardship because one had the misfortune of becoming injured or ill. Almost no one makes it from birth to death without receiving health-related services at some point, if not many points, along the way.

6 months from my sentinel event, I want to share some of the most salient and memorable aspects of my involuntary, painful, frightening journey:

1. After being told that my condition required emergency, ie “right now” neurosurgery, I waited 4 hours from the time the transfer request was made by my ER physician, until the arrival of the ambulance needed to take me from the hospital where I was initially evaluated, to the one 20 minutes away where the surgery could be performed. Being ferried by my husband in our own car would have been much faster, and more comfortable, but deemed too dangerous. Not only did the bumpy ride in what seemed like a relic jalopy manufactured before the invention of shock absorbers make me fear for my safety, but my neurosurgeon and his team were kept waiting at the receiving hospital from 9 PM that day until 1 am the next morning. Why? Only an ambulance service within the same hospital system could be used, and no vehicles were available. Not only could the delay have caused me to become permanently paralyzed from the neck down, but it was also unfair to the surgical team, and to their next day’s patients. We all want to be operated upon by a well-rested surgical team. In fact, it was one of the most frequent concerns voiced by my patients when I said hello to them in the pre-op area. “Did you get a good night’s sleep?” If we’re not going to get one, there should be a better reason than a turf war.

2. I was determined to take as little medication as possible (no iatrogenic narcotic addition for me) and requested only ½ a tablet of one of my pain meds. I asked to keep the other half for later. I was told I couldn’t keep it in my room, although it wasn’t a controlled substance, the nurse couldn’t return it to my medication cart, nor could it be held in the pharmacy. No, the only option was to throw out the other half. Every time. Senseless waste.

3. Deprived of  my usual exercise routine, I was determined to take the necessary steps (bad pun) to avoid a post-operative blood clot.  After an initial walk with my dedicated husband and an ICU aide, and accompanied by assorted monitors, wires, tubes, catheters, drains, and IV lines, I felt strong enough to ambulate independently. In slow, masked fashion, I circled the entire floor. Apparently, this is a very uncommon occurrence on that unit. In 2 days, I was chased down or stopped by 4 different nurses. They assumed I was either demented/confused/wandering or sneaking out to smoke a cigarette. (At 23.4%, Kentucky does have the 2nd highest smoking rate in the country, so not an unrealistic, albeit false, assumption). Early post-operative ambulation improves gastrointestinal function, decreases complications, shortens hospital stays, reduces risk of blood clots, and lowers costs. 1–4 That my strolls were an anomaly reflects a need for education and changes in expectations by patients and hospital personnel, in protocols, and staffing.

4. Post-operatively, one of my regular physicians recommended that I see a particular type of specialist unavailable in my community. I spent 2 hours on the phone with my commercial insurance company trying to find out if the desired medical center was in network. You know that you’re in trouble when the insurance representative asks you how to spell “Duke.” After subsequently learning that Duke did not allow “new patient” video visits, despite a global pandemic mandating caution in travel, I opted for the Mayo Clinic instead. I was thrilled when I discovered that Mayo did offer “new patient” video consults. However, trying to find out if one of the most well-known and well-respected medical centers in the country/world was in network with my major insurance carrier entailed spending 4 hours on the phone over a period of several days. During this time, I was transferred to at least 1 foreign country. I was not allowed to speak to a supervisor. I was disconnected and promised return calls which never materialized. At long last, I finally reached an extremely helpful woman in Georgia, who confirmed that Mayo was indeed in network. So, 6 hours and indescribable frustration over multiple days expended by someone who had recently experienced a life-threatening medical crisis. Is this how we should spend our precious and limited time on earth? And throughout my ordeal, I kept thinking, what happens to the people who do not have the benefit of the knowledge and familiarity with the healthcare system that I have, or the confidence and energy to advocate for the care that they need? Whenever possible, commercial insurance companies delay and deny care for as long as they can, in the hope that patients will a) give up, b) change carriers, or c) die, so that they won’t have to pay. When we purchase insurance, by the very definition of the product, we won’t know what we need until the time comes that we need it. When that occurs, as it inevitably does, we should have the right to receive the care we need, that we paid for, when and where the situation warrants.

5. During my recovery period, I needed a refill on one of my routine medications. Since I had changed insurance plans (same company, but now purchased through my husband’s office instead of my former employer), I called the mail order pharmacy to let them know about the change in my member identification number. I was not out of refills. I had not changed doctors. I  hadn’t even changed insurance companies. And yet, it took 6 separate phone calls. Ultimately, the only way that I could get my medication refilled was to have my primary care physician call in the same prescription again. This was a completely inappropriate use of her time and that of her office staff-time that they could be used consoling a patient, researching a diagnosis, adding someone who was sick or worried on to their already packed schedule, or even just taking a break to have a cup of coffee.  All because of the way our private, commercial insurance system functions. More aggravation. More precious time lost.

6. The speed of my recovery was accelerated by the quality of my social determinants of health (SDOH), “the conditions in the environments where people are born, live, learn, work, play, worship, and age that affect a wide range of health, functioning, and quality of life outcomes and risks.”  Sadly, the adequacy of my SDOH is not enjoyed by all participants in the US healthcare delivery system. First of all, as expensive as it is, at least I had health insurance. Although resentful of their high costs, I was able to afford my high deductible and out-of-pocket maximums without sacrificing food, clothing, or shelter. I live in a community that has multiple well-respected hospitals and a full range of medical and surgical specialists.  I was able to take long walks to regain my strength, because I live in a safe neighborhood. I was able to maintain adequate nutrition because my aunt brought enough excellent food to last until I was able to cook again.  My husband had the job flexibility to take time off work to drive me to my follow up appointments. I had the emotional support of my friends and family, who called, texted, and sent beautiful flowers (COVID risk sharply curtailed in-person visits). They lifted my spirits and distracted me from my discomfort. My surgical team was impressed by how well I did, but I didn’t do it alone. In the US, we spend 0.56 in social services for every $1 spent on healthcare. The majority of other high-income countries spend $1.70 in social services for every $ spent on health services. It’s no wonder that according to the Commonwealth Fund’s 2021 comparison of healthcare performance of the US to 10 other high-income countries, the US not only did the most poorly overall, but finished dead last in every category but one. The glaring difference between the US and the other high-income countries is that unlike the US, all of the others provide universal healthcare coverage and cost is not a barrier to care.

Our time is too precious to waste it arguing with insurance companies, being forced to choose between medical care and food or rent, suffering a compromised quality of life, or even dying because of cost or lack of access to care. The US is one of the richest countries on earth, with envious medical resources, but they are not available to all. We can and should do better.